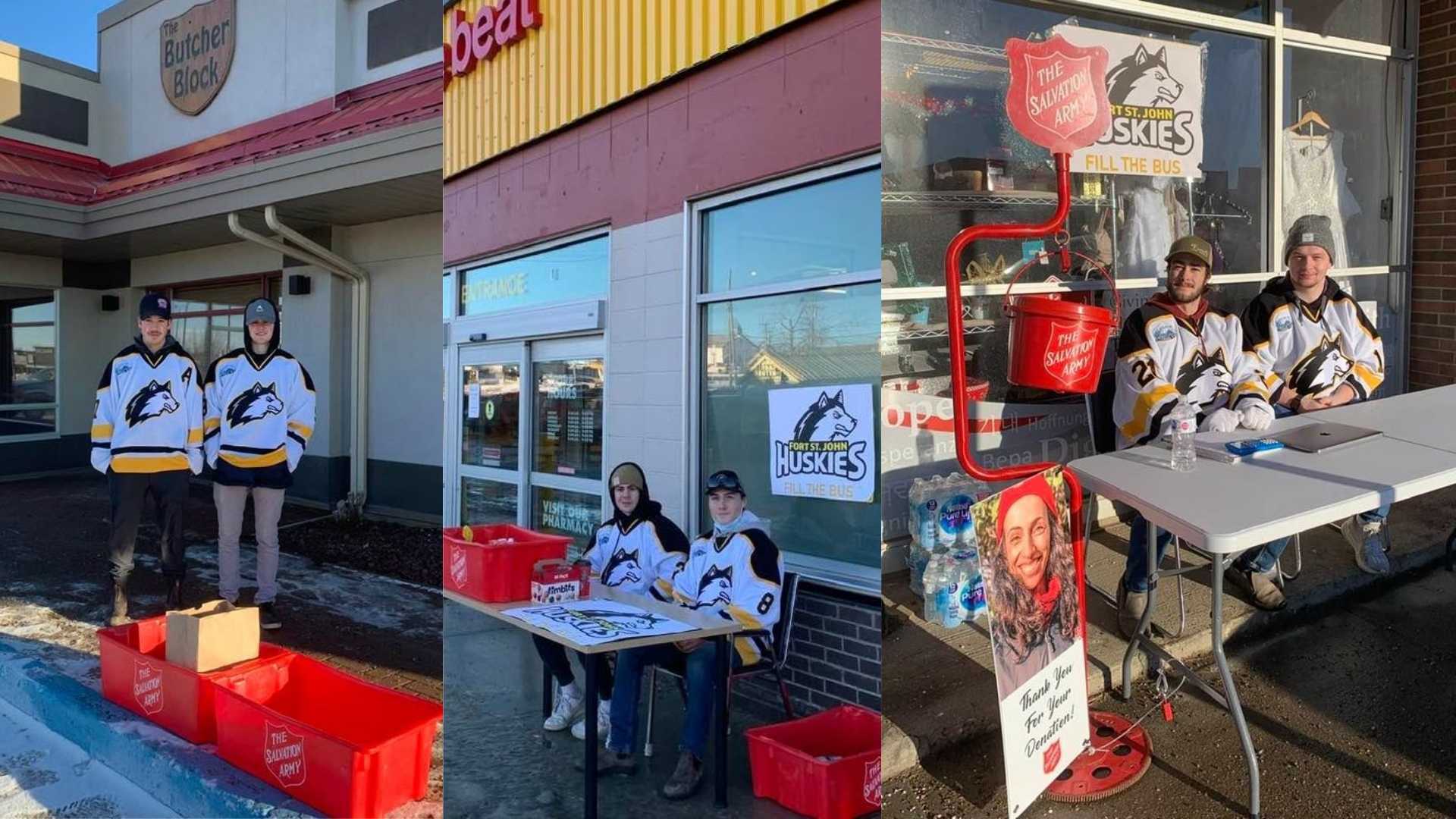 Salvation Army Executive Director, Jared Braun, says things were starting to look grim on the shelves as more and more community members are turning to the Salvation Army.

“It was kind of a gut check the other day just to see the food we had taken off the shelves was a lot. I’m just blown away to see the shelves filled up because the need has continued to go up,” said Braun.

“In October, over 900 people that we serve used the food bank, so to see those shelves filled up helps us to know we’re going to be well-stocked to support everybody that we can.”

It took an army of helpers including drivers, shelf stockers and door-knockers to tap into the community’s strong sense of giving, but Hammond says it was great to have the kids out in the community.

“We’d like to get them out there more, but we all know our league is a working-class league. A lot of our boys work during the day, so this way they can get out into the community and be seen.”

Braun says it’s amazing how much can be accomplished when a big group comes together to lend a hand to a cause.

“Just seeing the team come in today, when you bring a group of people together to volunteer, there’s power in that. Of course, we’d love to have a hockey team come by all the time, but we love our volunteers. They’re the backbone of our organization.”

In addition to the food donations, cash donations from the Burgher family, Conoco Phillips and money from the Kettle Campaign amounted to over $2,500 raised for the Salvation Army.

How to lower your coronavirus risk while eating out: Advice from an infectious disease expert – CNN