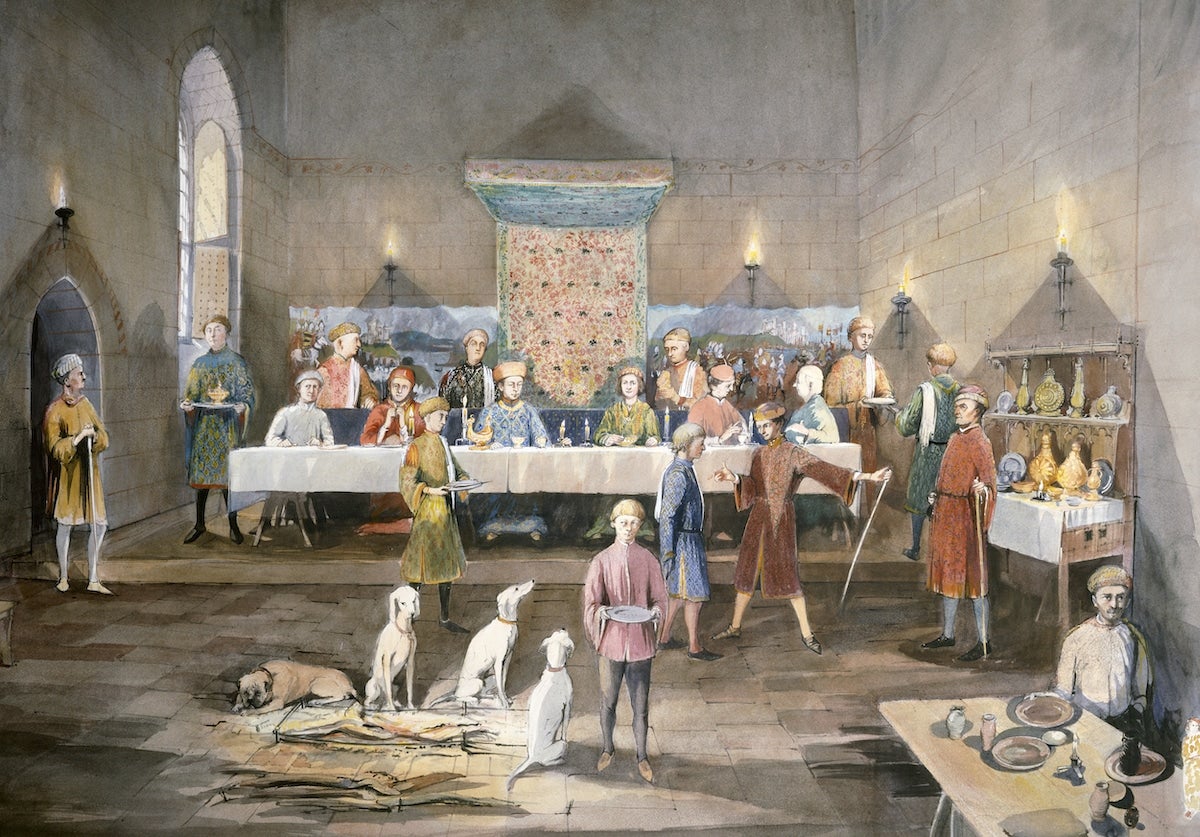 Flexitarianism isn’t so new after all. As it turns out, kings in the medieval period ate mostly plants, with meat served as occasional treats for feasts and other celebrations. A study from researchers at Cambridge University found that the wealthiest, most powerful people in society during these times ate mostly vegetarian diets.

Bioarchaeologist Sam Leggett and a team of researchers analyzed 2,023 skeletons of people buried in England from the 5th to the 11th centuries. In the study, they considered where and what the bodies were buried with to determine class, then analyzed the bones to better determine disease and diets.

According to Leggett, there was no evidence that higher social class was linked to higher meat consumption. In fact, the lack of certain diseases in the remains suggests that even royal members of society were rarely eating meat. They may have had meat available at feasts, as evidenced by royal food lists that were also translated and analyzed, but it isn’t likely kings or other upper class members of society were eating meat daily.

“I’ve found no evidence of people eating anything like this much animal protein on a regular basis,” Leggett told BBC. “If they were, we would find isotopic evidence of excess protein and signs of diseases like gout from the bones. But we’re just not finding that. The isotopic evidence suggests that diets in this period were much more similar across social groups than we’ve been led to believe. We should imagine a wide range of people livening up bread with small quantities of meat and cheese, or eating pottages of leeks and whole grains with a little meat thrown in.”

Gout was once known as the “disease of kings” and is often linked to meat consumption, as red meat worsens gout symptoms like painful swelling, as reported by Plant Based News. But the evidence showing a lack of gout goes against what many believed about those times, particularly that the rich (especially kings) ate meat in high quantities. In reality, it’s likely they ate more of a grain-based diet.

These findings raise more questions about dining in general and how it impacted society.

“Historians generally assume that medieval feasts were exclusively for elites,” said study co-author and historian Tom Lambert. “But these food lists show that even if you allow for huge appetites, 300 or more people must have attended. That means that a lot of ordinary farmers must have been there, and this has big political implications.”

‘No excuse for bad food’ – The New Indian Express