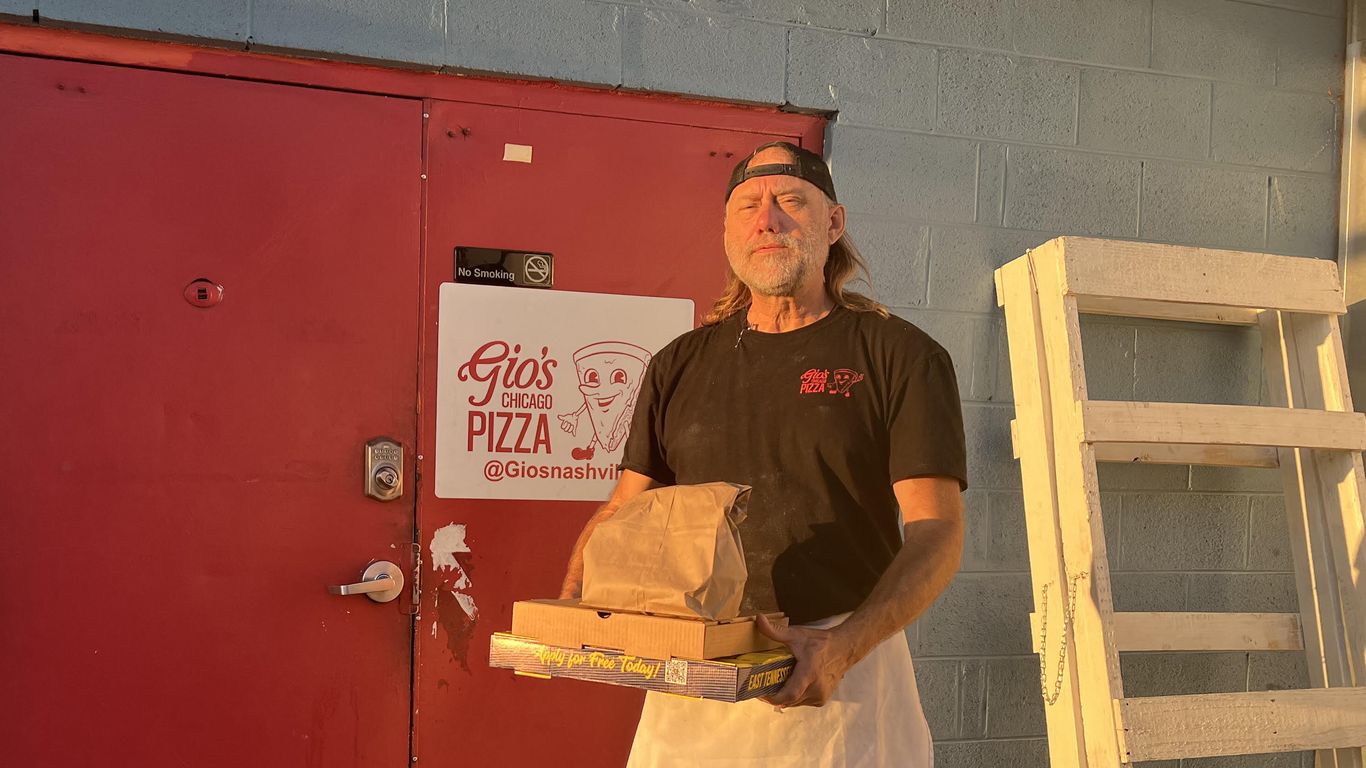 If Greg Knotek’s tale of culinary entrepreneurship seems ripe for TV, it’s because his story is strikingly similar to the hit Hulu show “The Bear.”

Why it matters: Knotek’s dream concept Gio’s Chicago Pizza, which opened in February, is poised to contend with the city’s best pizza restaurants.

Driving the news: We received a tip about Gio’s from reader Benjamin P. responding to our call for story ideas in our one-year anniversary newsletter.

Details: Gio’s is operating out of “food business incubator” Citizen Kitchens on Alabama Avenue in The Nations.

What he’s saying: Knotek, 59, chose Nashville because his daughter got a job here as a nurse practitioner, but the dream of running his own pizza joint runs deep.

What’s happening: Knotek is hustling to spread the word of Gio’s, but he’s taken a cautious approach to marketing.

Flash forward: Knotek says he’s hoping to find a brick-and-mortar space in the next year or so and is open to investors to make it happen.

Mark your calendar: Gio’s will hold a pop-up event at Harding House Brewery in the Nations on Wednesday.

💭 Nate’s thought bubble: Gio’s has the ultimate trump card: The pizza is delicious. I grew up outside Chicago and would probably call deep-dish pizza my favorite food.

BOSH: ‘Eating a vegan diet is much cheaper than you might think’ – The Independent

‘My first love is pie’: Gigi expands from cupcakes with new bakery in Brentwood – Tennessean